In his new book Nazi Billionaires, David de Jong explores the damning history of companies who have refused to examine their murky history with Hitler (…) A new book, Nazi Billionaires, investigates how Germany’s richest business dynasties made fortunes by aiding and abetting Adolf Hitler’s Third Reich. It also examines how, eight decades later, they still escape close scrutiny and a nation that has done so much to confront its catastrophic past still suffers a very particular blind spot. “What struck me was this is a country that’s so cognisant of its history in many ways but seemingly the most economically powerful actors do not engage with that,” says author David de Jong, a 35-year-old Dutchman. “That was the reason why I wrote the book. It’s an argument in favour of historical transparency.” The former reporter for Bloomberg News examines German companies that own beer brewers and wine producers as well as famous US brands such as Krispy Kreme and Pret A Manger. But he casts an especially harsh light on car makers led by household names such as BMW and Porsche, which powered the postwar economic miracle and contribute about a 10th of the nation’s gross domestic product. De Jong tells how the rise of the Nazis was initially met with scepticism and contempt by many business leaders but some discovered it could be very profitable. Ferdinand Porsche convinced Hitler to put the Volkswagen Beetle into production. The company thrived under his son, Ferry Porsche, who volunteered for the SS, became an officer and lied about it for the rest of his days. Ferry Porsche designed the first Porsche sports car and surrounded himself with former SS members in the 50s and 60s. The steel, coal and arms magnate Friedrich Flick was convicted at Nuremberg of using forced and slave labour, bankrolling the SS and looting a steel factory. But he was released in 1960 and eventually became controlling shareholder of Daimler-Benz, then Germany’s biggest car manufacturer. Deutsche Bank bought the Flick conglomerate in 1985, turning his descendants into billionaires. Perhaps no one better encapsulates de Jong’s argument than Günther Quandt and his son Herbert Quandt, members of the Nazi party and patriarchs of the family that now dominates the BMW Group.

via guardian: ‘People should be more aware’: the business dynasties who benefited from Nazis 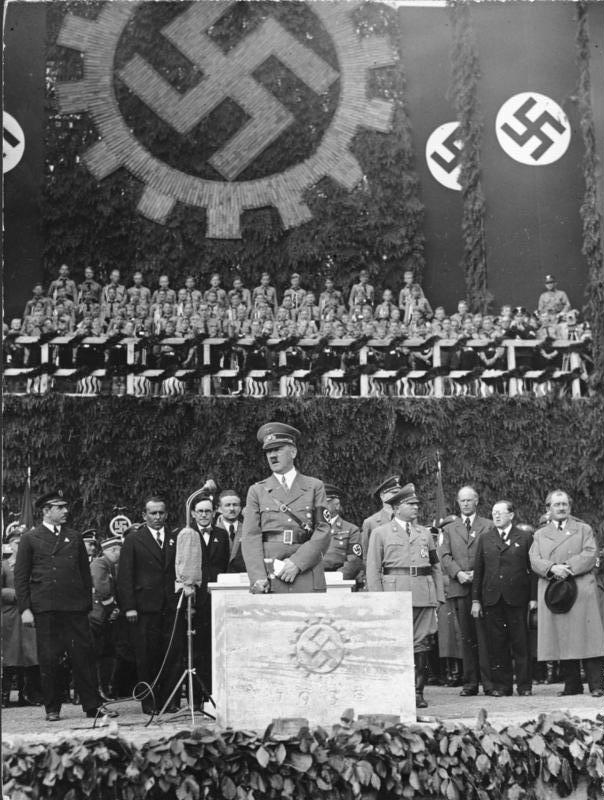 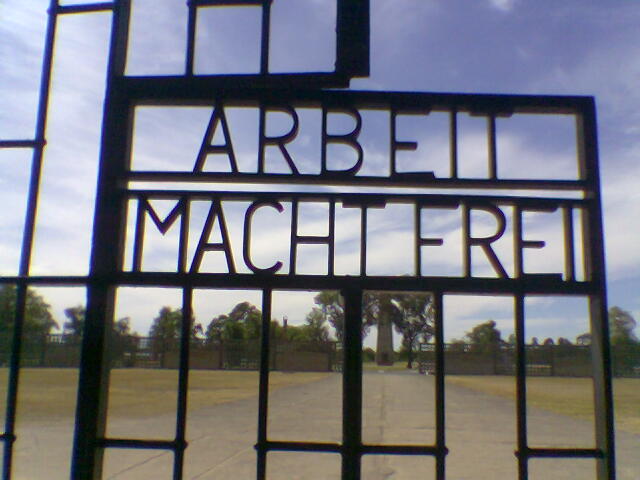 A couple recreates the marriage of Hitler and Eva Braun in Tlaxcala. The Jewish community, international institutions and the ombudsman have condemned the act. Fernando and Josefina chose April 29 for their wedding in Tlaxcala, in central Mexico, the same date Adolf Hitler and Eva Braun got hitched. She wore a white dress. He wore an SS uniform. The local press covered the ceremony in detail. The wedding carriage, an old Volkswagen, featured a swastika on the hood and a black cross on the driver’s door – the crest used by Hitler’s Luftwaffe and other divisions of the German military during World War II. The images show some guests wearing Mexican boots and hats, and others dressed up as soldiers. The bride and groom struck poses that mirrored infamous photos taken of their “idols,” which went viral on Internet. (…) The controversial couple had no problem staging their Nazi-themed wedding in a parish in Tlaxcala or in a civil court a couple of years ago, when Josefina’s dress was emblazoned with a swastika. And Fernando saw no need to conceal that he worked for the government as a civil servant, although no further details were published. The couple have two children: Reinhard, in tribute to SS General Reinhard Heydrich, and Hanna Gertrud, named after Nazi pilot Hanna Reitsch and Gertrud Scholtz-Klink, president of the National Socialist Women’s League. “I know that Hitler is synonymous with genocide for many people, a symbol of racism and violence, but people judge without having all the information or else they just believe the story told by the winners,” the groom stated in a report published in the newspaper Milenio. (…) Discrimination against Jews is still very much a current issue and hate speech is experiencing a global boom; what is traditionally held to be unacceptable is being widely challenged, thanks in part to technology. But it is not an issue confined to the virtual world. The Anti-Defamation League has recorded more than 2,700 anti-Semitic incidents of assault, harassment and vandalism in the US alone during 2021, an all-time high since records began in 1979.

via elpais: Controversy erupts in Mexico over a Nazi-themed wedding

siehe auch: Wiesenthal Center Outraged by Nazi Wedding in Mexico. The Simon Wiesenthal Center learned of the wedding which took place in Tlaxcala, Mexico on April 29th – purposely coinciding with the anniversary date of Adolf Hitler and Eva Braun, on this date, 77 years ago. The bride wore a white wedding dress with a swastika and the groom was dressed as a Nazi SS officer. (…) Dr. Ariel Gelblung, Director for Latin America concluded that “our institution strongly condemns the distortion and trivialization of the memory of six million Jews murdered in the Holocaust and contempt by those who deny or obfuscate history, as also all those who took part of this Nazi wedding or authorized it. Mexico must adopt the International Holocaust Remembrance Alliance (IHRA) Definition of Antisemitism and incorporate it into its legislation to prevent such hateful behavior.”