Faces of the Riot used open source software to detect, extract, and deduplicate every face from the 827 videos taken from the insurrection on January 6. When hackers exploited a bug in Parler to download all of the right-wing social media platform’s contents last week, they were surprised to find that many of the pictures and videos contained geolocation metadata revealing exactly how many of the site’s users had taken part in the invasion of the US Capitol building just days before. But the videos uploaded to Parler also contain an equally sensitive bounty of data sitting in plain sight: thousands of images of unmasked faces, many of whom participated in the Capitol riot. Now one website has done the work of cataloging and publishing every one of those faces in a single, easy-to-browse lineup. Late last week, a website called Faces of the Riot appeared online, showing nothing but a vast grid of more than 6,000 images of faces, each one tagged only with a string of characters associated with the Parler video in which it appeared. The site’s creator tells WIRED that he used simple open source machine learning and facial recognition software to detect, extract, and deduplicate every face from the 827 videos that were posted to Parler from inside and outside the Capitol building on January 6, the day when radicalized Trump supporters stormed the building in a riot that resulted in five people’s deaths. The creator of Faces of the Riot says his goal is to allow anyone to easily sort through the faces pulled from those videos to identify someone they may know or recognize who took part in the mob, or even to reference the collected faces against FBI wanted posters and send a tip to law enforcement if they spot someone. (…) The site’s developer counters that Faces of the Riot leans not on facial recognition but facial detection. While he did use the open source machine learning tool Tensor Flow and the facial recognition software Dlib to analyze the Parler videos, he says he used that software only to detect and “cluster” faces from the 11 hours of video of the Capitol riot; Dlib allowed him to deduplicate the 200,000 images of faces extracted from video frames to around 6,000 unique faces. (He concedes that there are nonetheless some duplicates and images of faces on protest signs included too. Even the number “45” on some signs was in some cases identified as a human face.) He emphasizes also that there’s no search tool on the site, and it doesn’t attempt to link faces with names or other identifying details. Nor is there any feature for uploading an image and matching it with images in the site’s collection, which he says could lead to dangerous misidentifications. “There’s a very hard no on allowing a user to take a photo from a wanted poster and search for it,” the site’s creator says. “That’s never going to happen.” The roughly 42 gigabytes of Parler videos that Faces of the Riot analyzed were downloaded prior to Amazon’s decision early last week to cut off Parler’s web hosting, leaving the site largely offline since. Racing against that takedown, hacktivists took advantage of a security flaw in Parler that allowed them to download and archive every post from the service, which bills itself as an uncensored “free speech” alternative to Twitter or Facebook. Faces of the Riot obtained Parler’s salvaged videos after they were made available online by Kyle McDonald, a media artist who obtained them from a third party he declined to identify.

via wired: This Site Published Every Face From Parler’s Capitol Riot Videos

siehe auch: FACES OF THE RIOT. / , Sedition Tracker. se·​di·​tion: incitement of resistance to or insurrection against lawful authority

Eight Trump campaign officials were listed on the permit for the rally that ended with the deadly storming of the Capitol, reports the Center for Responsive Politics. Donald Trump’s reelection campaign paid more than $2.7 million over two years to businesses and individuals that organized the rally in Washington which sparked the deadly storming of the U.S. Capitol earlier this month, according to campaign finance records. The startling payments were tallied by the Center for Responsive Politics in a report issued Friday. The Associated Press first revealed some of the payments last week, along with the critical involvement of Trump campaign money and actors in the event that instigated the Capitol riot, which claimed five lives, including that of a U.S. Capitol Police officer. The center warned that the full extent of involvement by the Trump campaign and supporters may never be known because of dark money hidden in shell companies. Eight paid Trump campaign officials were listed on the permit issued by the National Park Service for the rally, according to records 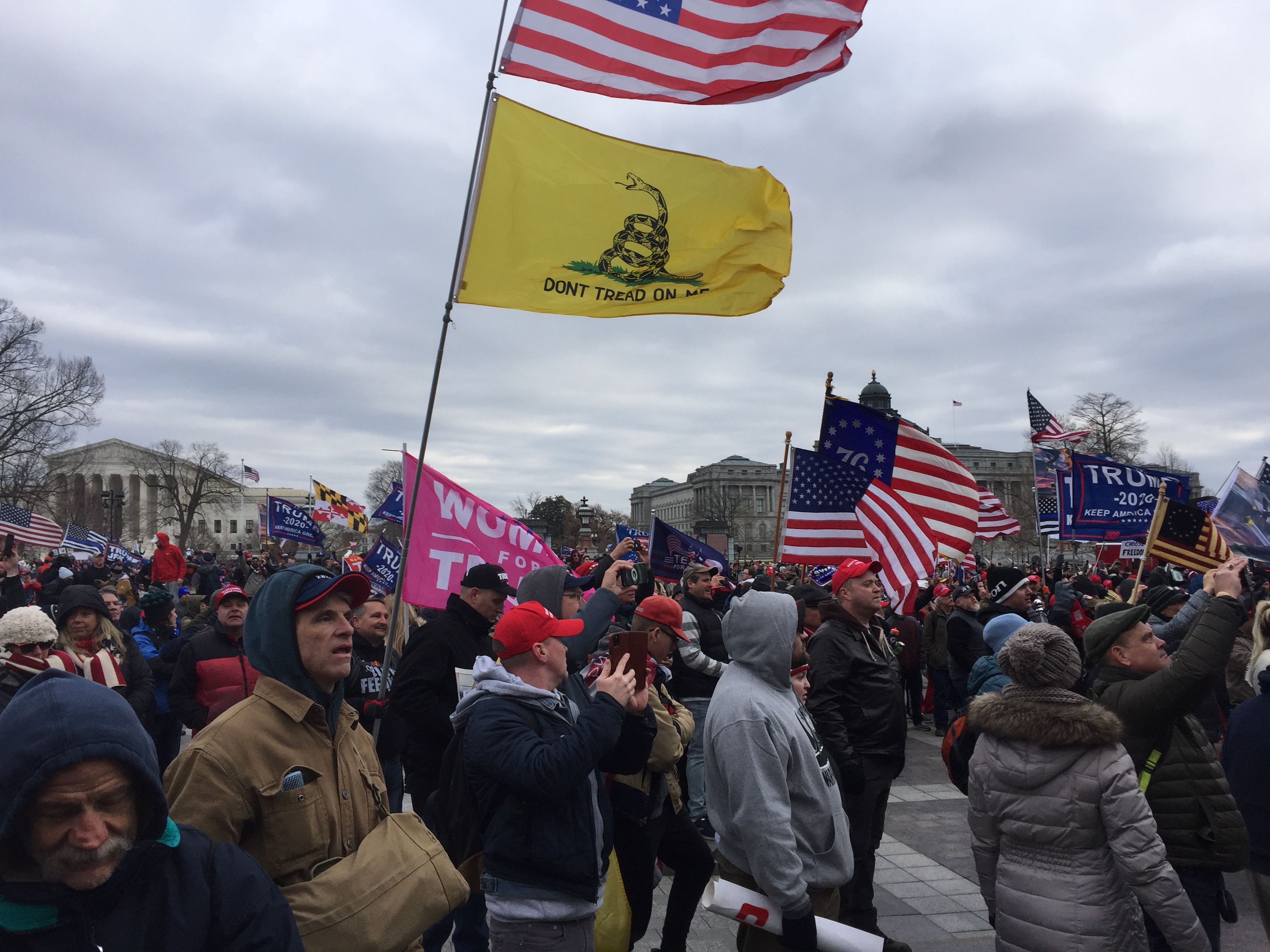 17-year-old who faces six terrorism offences including providing information for the manufacture, by 3D printer, of two firearms. A teenager accused of a neo-Nazi-inspired terrorist plot involving printed firearms has been given a trial date in the summer due to his young age and the “gravity” of the charges. The 17-year-old boy, from Essex, was arrested on the morning of December 29 last year and charged with six terrorism offences. It is alleged that he provided information for the manufacture, by 3D printer, of two firearms. He is accused of transferring funds to another person for the purchase of materials to manufacture the printed firearms, and of drawing up plans for a storage bunker. He is charged with engaging in the preparation of an act of terrorism, disseminating a terrorist publication and four counts of possessing material likely to be useful to a person committing or preparing an act of terrorism. On Friday, the boy, who cannot be identified for legal reasons, appeared before Mr Justice Sweeney at the Old Bailey by video link from Feltham Young Offenders Institution.

In the wake of the assault on the Capitol almost two weeks ago, Alex Jones, one of the internet’s preeminent alt-right conspiracy theorists, broke ranks with the loose alliance of extremists by admonishing QAnon during one of his segments on InfoWars last week. In a widely-circulated video that racked up more than 2.3 million views on Twitter, Jones berated an alleged QAnon-affiliated individual who had called into his show after seemingly having heard enough of their musings and accused them of lying and being “ full of shit.” “[E]very god damn thing out of you people’s mouths doesn’t come true. And it’s always ‘oh, there’s energy,’ ‘oh, now we’re done with Trump.’ You said he was the messiah! You said he was invincible! You said that it was all over. That they were going to Gitmo and now that he’s part of a larger thing of Q,” screamed Jones at the camera while wildly flailing his arms. “I knew what you were day one, I know what you are now, and I’m sick of it.” QAnon, the conspiracy theory that claims the Democratic establishment and Hollywood elite run an underground pedophile ring that Donald Trump is working to bring down, has become a movement parallel to Jones’ own brand of conspiracy-peddling. QAnon supporters were among the mob that stormed the Capitol on Jan 6., with many waving flags emblazoned with the signature “ Q” representative of the movement.

via davisvanguard: In Aftermath of Capitol Riots, Infighting and Criminal Charges Mire the Alt-Right